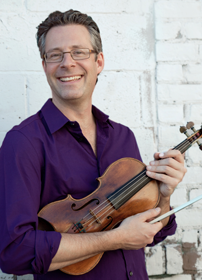 Lorenz Gamma is professor of violin at California State University Northridge and has previously taught at University of California Los Angeles [UCLA], Indiana University in Bloomington and California Institute of the Arts. He is internationally active as soloist, recitalist, chamber musician and teacher, and gives frequent master classes in the United States, Europe and Asia. His private and professional violin students have won top prizes at numerous solo and chamber music competitions and regularly go on to continue their studies at such institutions as the Juilliard School, Indiana University, the Manhattan and Eastman Schools of Music, the Cleveland Institute of Music, University of Southern California and the Colburn School. Having performed internationally a string quartet repertoire of over sixty composers, as well as a large part of the standard chamber music repertoire of over eighty composers, Mr. Gamma also dedicates himself enthusiastically to coaching chamber music.

As former co-leader of the Amar Quartet in Switzerland, Mr. Gamma performed a full-time concert schedule touring through many of Europe’s most important chamber music venues, including the Tonhalle in Zurich, the Victoria Hall in Geneva, the Residence in Munich, the Cologne Philharmonic, as well as venues in many other cities such as London, Paris, New York etc. For ten years, Lorenz Gamma served as first violinist of the Los Angeles based group Southwest Chamber Music. The ensemble’s recordings of the complete chamber music works of Carlos Chávez have been nominated for six Grammy Awards, winning two in 2004 and 2005.

Mr. Gamma has also served as concertmaster of the Northwest Sinfonietta in Seattle, and later as Principal of the Zurich Opera Orchestra.

Lorenz Gamma was born in Switzerland, where he received his initial training as a violinist at the conservatory in Lucerne. His further studies took place in the United States, with Franco Gulli, Steven Staryk and Mark Kaplan. 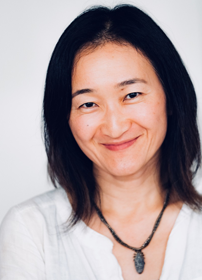 Fervently dedicated to education, Ms. Tsu enjoys a stellar reputation as a teacher of both piano and chamber music. With her musical insight and analytical approach to piano technique, she has worked with countless students and helped them attain greater freedom on their instrument and achieve a deeper artistic sense. In addition to her role as Artistic Co-Director of the Borromeo Music Festival, Ms. Tsu is a regular guest artist at numerous other music festivals, such as the Interharmony and Montecito International Music Festivals, Unbound Chamber Music Festival, CSU Summer Arts and others. Ms. Tsu is on the piano faculty at the California Institute of the Arts, California State University Northridge and Pomona College.

Ming Tsu has received her degrees in piano performance from the New England Conservatory of Music (BM), Indiana University (MM) and University of Washington, (DMA).

This website uses cookies to improve your experience while you navigate through the website. Out of these cookies, the cookies that are categorized as necessary are stored on your browser as they are essential for the working of basic functionalities of the website. We also use third-party cookies that help us analyze and understand how you use this website. These cookies will be stored in your browser only with your consent. You also have the option to opt-out of these cookies. But opting out of some of these cookies may have an effect on your browsing experience.
Necessary Always Enabled
Necessary cookies are absolutely essential for the website to function properly. This category only includes cookies that ensure basic functionality and security features of the website. These cookies do not store any personal information.
Analytics
Analytics cookies help us understand how our visitors interact with the website. It helps us understand the number of visitors, where the visitors are coming from, and the pages they navigate. The cookies collect this data and are reported anonymously.
Advertisement
Advertisement cookies help us provide our visitors with relevant ads and marketing campaigns.
Performance
Performance cookies are used to provide information that helps increase the speed with which pages and content are displayed by third-party services.
Save & Accept